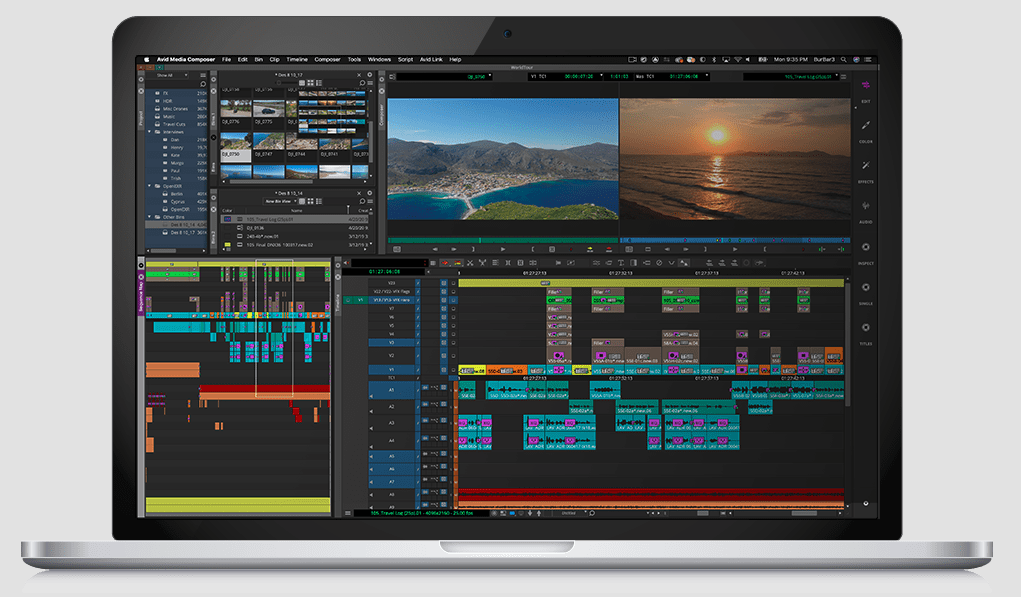 Editing, as many of you probably already know by now, is an essential part of the filmmaking process. It dictates the flow of a movie, the way the audience discovers things, and how crucial information is provided within the narrative.

The process can be quite puzzling or pretty simple. It really depends on the nature of the filmmaker and how they choose to shoot their film.

Some filmmakers, like Terrence Malick, discover basically what their whole film is about during the editing process. And others, like Alejandro González Iñárritu, show us that editing can serve mainly to mask cuts and “extend” the durability of some shots, basically doing a “non-editing” work, giving the whole picture a more theatrical vibe.

Nevertheless, unless you’re making a whole movie with just one shot (like, really just one) you’re going to need to go through the editing process. And honestly, the whole thing can be quite fun. That’s where you're gonna find out things about your movie that you probably didn’t even know yet and then work on top of that. It certainly can be quite the enriching process overall.

Knowing the importance of this, we decided it would be a good idea to make a selection of the best film editing softwares out there. And, of course, many questions can arise by this point: Are those editing softwares free? Are they intuitive? The ones you have to pay for are too expensive?

Let’s get right into it!

● Runs on: Windows and Mac

Avid is pretty much the “industry standard” in the major production circles right now. Avid has been around for quite some time and that’s probably one of the main reasons why it’s the standard editing software in the filmmaking business.

Well, that and the software's amazing stability. Avid’s well known for being a program that’s basically impossible to crash. Which makes complete sense, ‘cause if you’re dealing with studios that make multi-million dollar movies, how forgiving would they be about their editing software crashing on them? They certainly can’t afford this type of shenanigans.

The processing is also pretty fast, as you would imagine. Things flow easily even when changing tools and workspaces, and the rendering has great speed as well.

That’s why Avid is such a reliable choice for them. It may not be the cheapest or the most intuitive editing software out there, but it’s certainly the safest. Not to say, Avid does have amazing features that you can fully take advantage of once you gain a certain level of expertise with the software.

It’s worth mentioning that the customer support provided by Avid gets rave reviews from their users most of the time. They tend to be really helpful and resolute in their communication with customers, which saves time and shields you from any unnecessary stress, which is certainly always a plus if you’re working with the editing process alone.

Basically, if you’re thinking of filmmaking in a more business-targeted vision, acquiring some experience editing with Avid would certainly help you get a job with the “big guys” in the industry.

At the same time, nothing’s stopping you from using the software to give your first steps in the editing world, even if it’s not the most intuitive one out there. The stability and overall resourcefulness of the program can certainly overcome the not-so-didactic interface.

● Basically impossible to crash on you

● Could be more intuitive

● Runs on: Windows and Mac

Basically the one that probably everyone heard about at some given moment, may they be in the film industry or not. And arguably the most popular editing software amongst aspiring filmmakers out there.

You can say Premiere Pro is so popular because it is very intuitive. The interface is, although aesthetically kinda ugly, very didactic. That’s the software I learned how to edit in. And I do think learning in Premiere was not that stressful and rather easy to do so.

However, most of Premiere’s problems reveal themselves in the long run or if your editing process becomes more complex (which is pretty common as time goes by and you get more experienced).

The problems by themselves can be classified as “not that overwhelming, actually” but when they start to happen at the same time or with a small interval of time in between, then things start to get a little stressful.

First of all, the software crashes. Not a lot, but with a certain frequency. And then, there’s a bunch of small but annoying stuff that you can end up facing. Changing tools slow things down, the auto-save feature interrupts the editing, alterations of the sequence settings take way more clicks and time then they should, and the audio editing interface is extremely confusing… so, yeah.

It’s kinda like the software tends to expel you from it once you reach a certain level of expertise in editing, like “Go, little grasshopper, you’re far too good for us now”.

Ok, all kidding aside, there’s many people out there that use only Premiere to edit their material and have been doing so for quite some time. Let me be clear: it’s certainly not a BAD editing software. But at the same time, I think it would be safe to say it’s a little bit more appropriate for beginner filmmakers.

● Not very practical in the long run

As far as free options for editing softwares go, this one is a solid one. Obviously, you shouldn’t go into this expecting the same kind of resources that the paid editing programs out there can offer. You’ll deal with pretty much the basics of basics. Goes without saying a software like this is much more recommended for non-experienced editors.

The interface is aesthetically displeasing to look at, honestly. However it is quite intuitive, as it should. Editing wise, it offers you the basic stuff, with surface color correction, audio correction and animation of texts.

If you’re dealing with heavier projects, it most certainly will crash. But the auto-save feature will save you. If you’re patient, that shouldn’t be a problem. But it’s certainly not recommendable to use this software for complex editing with heavy files.

But one other plus of the program is that it is very light. It takes up slightly under 2GB of storage space in your computer. The software also has a cool feature that enables you to burn your edits into DVD’s.

It could be said that Final Cut is the second most used editing software by the top guys in the film industry, after Avid Media Composer.

Final Cut has the combination of being a top editing software choice that is often used by major editors of the industry while still being a very intuitive program. The interface is very well designed and nice to look at, while also being very helpful to first-time editors.

This little guy it’s pretty fast, too. It handles big projects with big files very well and will hardly crash on you. Its rendering time is also pretty great, as you would expect.

When it comes to organization, the software it’s very helpful. It allows you to put in order some big and complex editing projects, making it perfect for film editing or even TV broadcasting of any kind.

But it has certain characteristics that could be more inclusive. It only runs on a Mac system, so if you’re a Windows user, can’t even think about using it.

Also (and this one is arguably a “bad” note) you don’t have a monthly payment option. To use the program, you pay a unique U$299,99 fee that enables you to use it for 6 years. Sure, it saves you money in the long run, but what if you find out that, for some reason, you don't go along with the software’s interface or editing workspace? There’s no way of getting those U$300 back, unfortunately. You’ll have to stick to it.

● Hardly crashes on you

● Only runs on Mac system

● Free to use (for Mac and iOS owners)

Runs on: Mac and iOS

(Although we are aware that this editing software runs on mobile devices through the iOS system, we’ll be talking about the version that runs on Mac, as it is the more resourceful one)

If you compare it to the other Apple-made editor program Final Cut, you’ll certainly find that iMovie has fewer resources and tools in general. However, it doesn't change the fact that the program has a pretty consistent base of editing tools for a free software option.

If you’re a beginner in editing, iMovie probably offers everything you need to start learning. Its workspace is pretty intuitive and simple, as well as nicely designed. All the main editing tools are there at your disposal, with a fair processing and rendering time to go along with them and save you from some stressful moments.

Apple also offers many online tutorials to help starting editors out there get the gist of the software, clarifying the most common doubts about its interface and tools.

If you’re a Mac user and a beginner in editing, it could be said that the safest option would be to start your editing journey using iMovie and then, once you get more experienced, transition to Final Cut. The transition should be quite smooth and natural, once they are softwares created by the same company and have plenty of similarities between them.

Unfortunately, Windows (or Android) users don’t have the option of using this editing software and that can be a downer for some. But besides that, it’s a great entry editing program that will facilitate your learning process.

● Only runs on Mac and iOS

● Could be a bit more resourceful

Starting your journey into editing sure can be a minefield, but hopefully you now understand what's on offer and what will suit you to get started.

If you're looking to get into editing or simply just a movie fan, you'll enjoy our podcast interview with Oscar nominated District 9 and Deadpool Editor, Julian Clarke.