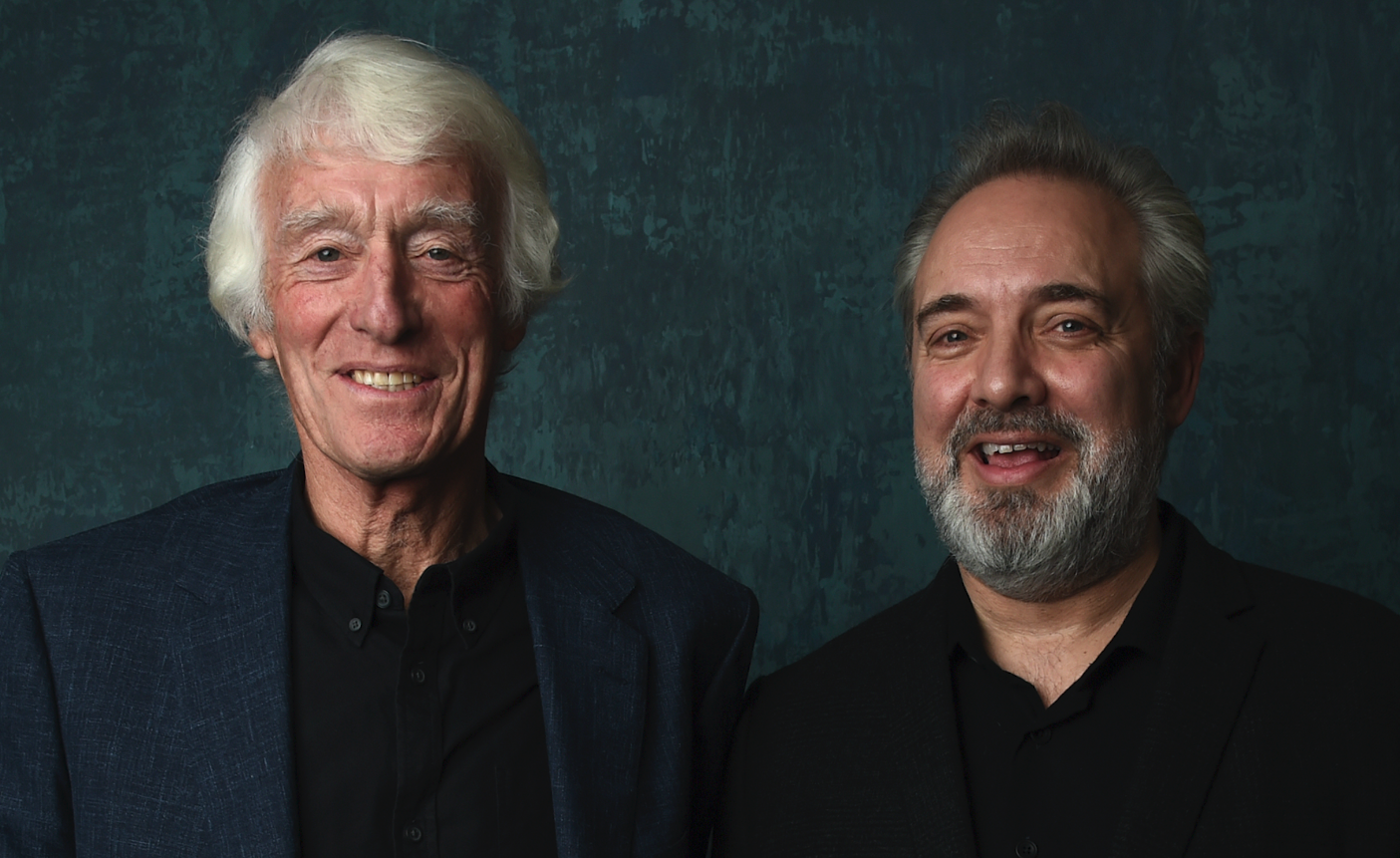 When seeing the credits at the end of a film (and not knowing that much about filmmaking) you can get quite confused by who’s in charge of what exactly. I remember seeing some pictures of movie sets when I was a kid and there was always a guy behind the camera, with his eyes in the viewfinder. Ironically, that guy, most of the time, wasn’t the director. It was the cinematographer.

I remember being like “What the hell? Isn’t the director literally behind the camera all the time? I mean, he’s the DIRECTOR…Who’s this other guy?” After quite some time and many other movies added to my collection, I slowly began to learn what was the difference between those two jobs.

Truth is, they’re supposed to complement each other’s work while on set. Their responsibilities indeed can be quite similar sometimes, but that’s only ‘cause they can be trying to achieve the same goals.

Knowing that confusion about these two occupations can be quite common, the Red Carpet Rookies team decided to talk a little bit about what differentiates them, as well as the main characteristics of both. That includes talking a little bit about average salary, skills required for both positions and their main responsibilities when working in a film or TV production.

What Does a Director Do?

The director is the one responsible for deciding what the creative vision of a film, TV series or any other kind of audiovisual (or stage) production is going to be. They must delegate and instruct all of the key crew members in order to successfully achieve the vision they see fit for the narrative. And that includes, of course, the cinematographer.

The director’s work begins before the cinematographer’s work. If a director has a more firm creative control over the production at hand, they’ll be responsible for selecting basically all of the main crew members that will be working alongside them. That, of course, also includes members of the post production team, such as editors, ADR technicians, CGI experts, etc.

It’s preferable that a director has a basic notion of not only what a cinematographer has to do (and how they do it) but about all the other key members of the team. That helps them to better communicate and transmit their concepts to each member of the crew, making it easier for them to properly fulfill the director’s creative vision.

What Skills a Director Must Have?

In order to achieve success in their position, directors must have a particular set of skills (pun intended); such as:

A good director must be confident in their work. And not being afraid to show how confident they are to all of the crew members and actors. That’s actually good advice for any leadership position: Even if what you're doing is not that great, if you strongly believe it is, people will be more willing to help you do it. And if what you're doing actually is good, hell, that’s even better!

A director must be an excellent delegator, listener and instructor. They must know when to listen to good advice and ignore bad ones. They must also identify the right time to demonstrate authority and stand their ground when it comes to the major creative choices.

A director must know the basics of audio capturing, lighting, how to handle a camera, acting, writing, editing, and more. Sounds tiring? It is. But that’s what it takes to be a good one.

Probably the most obvious one, a director must be able to produce an astute creative vision. A degree in filmmaking helps? Sure. But you can’t really teach that, to be honest. But y’know what’s a solid bit of advice regarding that? Just watch movies. A bunch of them. As much as you can. That’ll help, trust me.

What Are the Director’s Main Responsibilities?

● Selecting locations alongside the location manager and cinematographer that suit the script and overall creative vision they opted for the production.

● Assist and orientate the casting director during their work selecting secondary roles (usually the bigger ones are selected by the director only).

● Make any necessary changes to the script. Directors are usually free to alter any scenes or dialogue pieces that they don’t feel comfortable with, favoring their particular vision of the story. Talks with the movie’s screenwriter are encouraged during this process.

● Orientate actors through scenes and discuss the characters with them. It’s very important that the director and actors are on the same page about the characters of the film and how they should be portrayed. Constant talks about the characters’ core and behavior, as well as suggestions from both ends are essential to make it work.

● Choosing the mise en scène and camera positioning. The director must determine the positioning of actors and objects in a scene, as well as the position (and angles) that the camera will operate on.

● Supervising the post-production team. Directors must be on top of everybody from the editors of the film to the sound design guys, VFX people and ADR team. They must supervise and orientate all of their work, giving the final signoff in all of it.

If we’re talking in a more down to earth tone, where a particular director isn’t involved with big Hollywood projects all the time, but smaller ones with fair payments in a regular basis, then we could say that the average income a film Director receives falls between U$71,646 and U$75,277 a year.

As with many of the jobs in the film or TV industry, these numbers can vary immensely. A director with little experience could eventually get a big job with a major brand or studio and technically get set for the whole year. As well as a senior level director could go on months without any substantial work for a great number of reasons.

Now, if we’re talking about major names of the industry, these numbers can go up a bit. For example, directors like Quentin Tarantino and Christopher Nolan typically receive a fixed rate of U$20 million per movie, plus a backend percentage of the film’s total profits, which can reach up to another U$20 million or more.

What Does a Cinematographer Do?

Well, referring to the beginning of the article, the reason why the cinematographer is mostly the one behind the camera all the time (and not the director) is essentially because they are the ones in charge of it. They’re the ones that have to be camera experts, among other things.

It’s important to clarify that even the cinematographers don't have to operate the camera. However, some prefer to do the mostly by themselves, without any assistance from a camera operator.

Of course, the director’s in charge of the conceptualization of the creative vision that will drive the whole team during the making of the film, but the cinematographer is the one responsible for successfully translating this vision into the screen, through the manipulation of lights, framing, and other practices.

What Skills a Cinematographer Must Have?

Obviously. Every cinematographer must know their way around a camera. They also must know everything about lenses, steadicams, dollies, cranes, tripods, and any other camera accessories essential to the filmmaking process.

They must know how to properly manipulate natural and artificial light in order to achieve the proper visual for each scene.

The cinematographer is in charge of the lighting crew but it’s still subordinated to the director. That means they must be good leaders while also being good employees. When dealing with directors, they have to be good listeners, knowing when to absorb good ideas and pursue their realization, and when to make a suggestion or two about a particular scene.

A good baggage of references always helps with this. Being a photography and film buff certainly wouldn’t hurt any cinematographer out there looking for extra inspiration. It’s also essential for them to be acquainted with basic color patterns and palettes, as well as color psychology.

‍What Are the Cinematographer’s Main Responsibilities?

● Visiting locations alongside the director and location manager in order to evaluate lighting conditions and the overall work each location will require.

● Ordering and testing all of the lighting and camera equipment required for the shoot in order to avoid any technical difficulties on set.

● Setting up the camera in every shot. The cinematographer decides, according to the director’s vision, the right camera for the film and the best lenses for particular scenes, as well as offering suggestions of specific camera angles to the director.

● Discuss and complement the director's vision. Sometimes, directors can have a certain difficulty to accurately transmit their visual concepts to the cinematographer. It’s the cinematographer’s job to discuss new ideas, show visual and theoretical examples of certain concepts, and eventually complement the director’s creative vision through their work.

Podcast To the Rescue

If you want to learn any further about these differences, you can check out some important episodes of the Red Carpet Rookies podcast.

There’s two episodes you should definitely check out, one with director Tim Miller (Deadpool, Terminator: Dark Fate) and the other one with cinematographer Jeff Cronenworth (Fight Club, The Social Network, Gone Girl).

In both conversations, these A-list film industry professionals talk about how they came up in the area, give insights about their creative process and share some advice to aspiring filmmakers out there. Definitely worth listening to!

It’s up to the director to have a solid notion of what is the job of the cinematographer and vice-versa. That is essential for them to understand each other's talents, as well as limitations, facilitating communication between them.

Misconceptions about who does what in a film production are totally normal, especially coming from people that want to learn. In the end, people may confuse these occupations so often because they are looking to fulfill the same thing through different practices, most of the time.

The thing is: these two complement each other’s work and often when a director sees a cinematographer doing great stuff, they want to step up their own work even further. And the same can happen the other way around.

If you're interested in getting into cinematography or directing make sure to check out our podcast episodes with Deadpool Director, Tim Miller and Fight Club Cinematographer, Jeff Cronenweth!