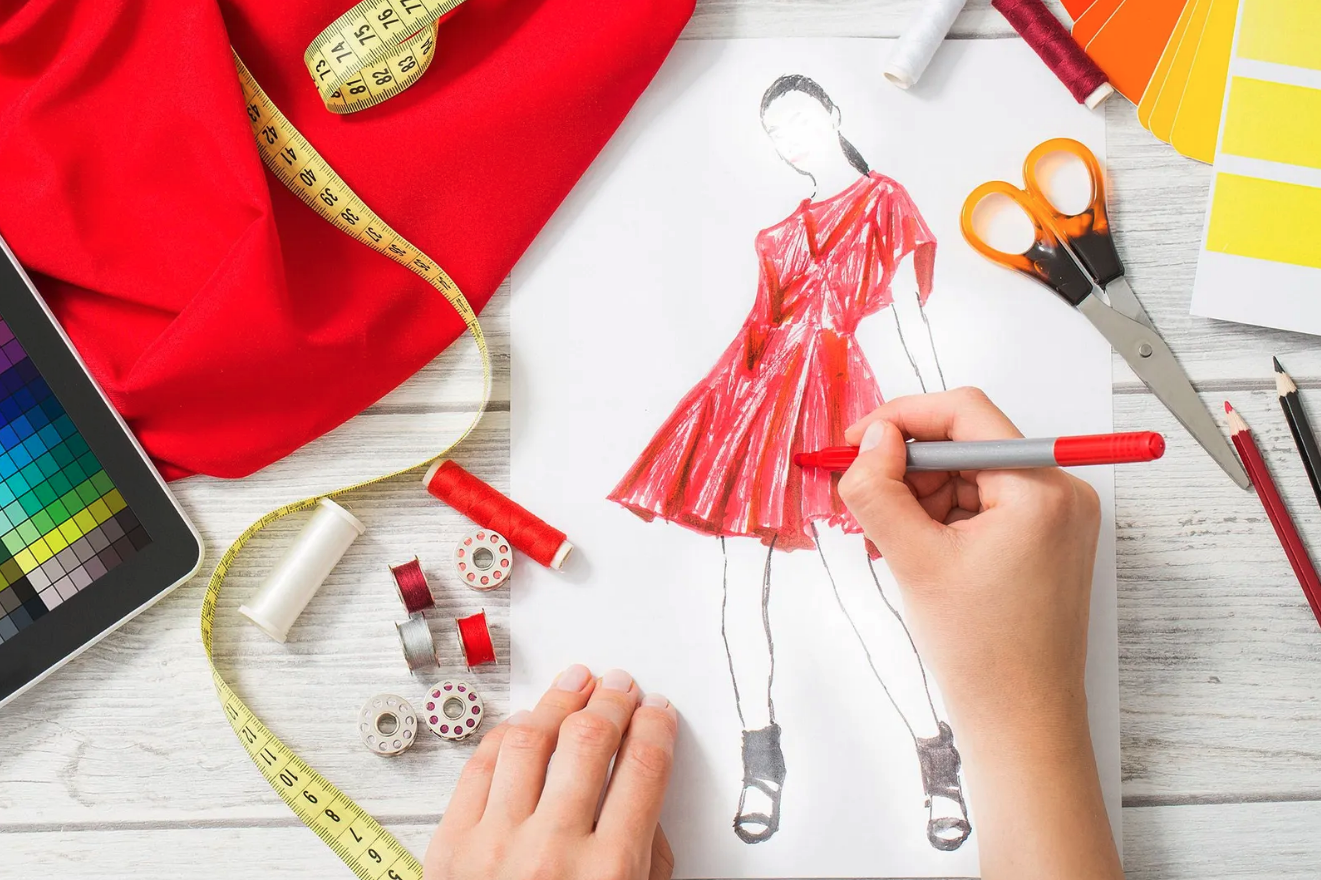 Knowing the interest in this area is on the rise, the Red Carpet Rookies team decided to talk about some of the main characteristics of the position.

We’ll talk about costume designer’s average income, skills required to be successful in the area, responsibilities and tasks that should be covered, and see some tips given by experienced people about the initial stages of the job.

Obviously, this is the type of data that can vary a lot. You couldn’t compare the average costume design worker with big names of the industry that work on Hollywood and other types of big Film and TV productions constantly.

Having said that, we’ll talk a little bit about the average income and the income that consolidated names of the industry can obtain.

Let’s emphasize again that these numbers can vary greatly. Some of the main factors that can directly influence this average income (increasing or decreasing the numbers) are:

Now, if we’re talking about the big guys and gals of the industry… Well, then things change. A lot.

Pay rates can fall between U$3,000 to U$12,000 per day in Hollywood film productions, obviously depending on the size of the movie and the professional’s level of experience.

For example, costume designer Renee Kalfus earned U$6,500 a week for the movie Annie and David Robsinson got U$4,500 for doing the costume work in The Equalizer. Film productions of this size typically last between 30 to 45 days on shooting alone, so you can do the math on that.

Such numbers may not be that close for professionals just starting off in the area, however they can still serve a great incentive.

It takes a lot to reach the level where you get to work along big names of the industry in major Film and TV productions, however, it’s certainly a reachable goal. It will require a lot of effort, originality, discipline, getting the right connections and, let’s be honest: a little bit of luck wouldn’t hurt.

You’ll certainly have to be a solid reader. A concise interpretation of the script will help you get a grip into the narrative’s themes, social and historical contexts, and obviously, characters personalities. All of that information is crucial in order to produce an accurate and original conceptualization of the story that will translate itself into the characters’ costumes.

Talks not only with the production’s director but also with other members of the film crew (or theatre) are essential not only to make sure everybody’s on the same page about the project, but also to obtain some important and different perceptions about how the concretization of the script could be improved.

These talks will probably expand the horizons of your research process, enabling you to get acquainted with amazing references and inspirations that will help immensely with your own creative process.

After collecting and absorbing visual and practical references, the designer must draw simple sketches that can effectively demonstrate the costumes they intend to work with. Goes without saying that these costumes MUST match the social and historical context of the story, its atmosphere, and character’s personalities.

After finishing this portion of the work, the designer must obtain the approval of the production’s director to move on with the costumes.

After getting approval, the goal is to construct and select the costumes.

Construction of costumes will involve many different steps, including the selection of fabrics and colors and the testing of different combinations of clothing.

This selection then evolves to a close work with the actors or performers. Costume designers’ responsibilities include taking their measures and then executing the correct cutting patterns on the fabrics acquired.

They will later sew pieces of clothing together, testing different combinations of fabrics and colors in order to get satisfactory clothing for each character or performer.

Actors will then return to the designer to go through clothing fitting, and all the adjustments necessary will be made according to that.
However, costume designers don’t always have to build costumes from scratch. They’re free to search through thrift shops, department stores, designer stores, or any other kind of place that sells clothes in order to find pieces that fit the concept they created for the story.

What Skills Should a Costume Designer Have?

A good costume designer must be able to verbally communicate his thoughts effectively, as well as explaining and defending their concepts and ideas in a clear manner.

Constructive and clear dialogue about the work at hand with the production’s director and other members of the crew is essential to enrich the creative process. You’ll also have to know how to accept criticism and, once in a while, deal with the possibility that your work could be improved somehow. And there’s nothing wrong with that.

You don’t have to be an illustrator, but y’know, drawing properly is pretty important. The drawing process helps you immensely, serving as the first concrete attempt that you have to provide the visuals for the clothing you’ve been ruminating in your head. This concretization allows you to identify what actually works or not about the costumes.

And, of course, the drawings are extremely important to present your costume ideas to others and discuss them.

This one kind of goes without saying, but anyway, we must mention it. It’s absolutely necessary that a costume designer knows how to properly handle fabrics as well as how to make patterns and sewing.

Nowadays, we’re all aware that it's pretty difficult to find a profession that doesn't have to stand in front of a computer for at least some portion of time. And with costume design it’s no different.

There’s multiple softwares (or CAD programs, as they're often referred to) that people in the area can use to help them to design clothing and create color and sewing patterns, among many other features.

Costume designers can not be afraid to put in the hard work. They must have a very good eye for detail, with no shame of being perfectionists at times.

They also can’t have problems with having to go through several versions of the same outfits until they finally get to a final product that manages to please everyone that should be pleased.

They must do heavy research before practical work, know how to properly communicate ideas to fellow members of the crew, and have an open mind to new ideas, while still defending the ones they think should stick around the project.

And if you wish to learn a bit more about specialization courses in the area that will teach you these skills, online or in-person, offering MFA, MA or BA degrees even, just check out our article on costume design courses.

Important Tips About the Job

The Red Carpet Rookies team was able to interview some pretty big costume design names working in the industry. In the interviews, these professionals gave really precious advice about how to behave and what to expect of such a position.

In her interview with us, Ngila Dickson, costume designer responsible for the clothing of films like Lord of the Rings: Fellowship of the Ring (which she won an Academy Award for), Blood Diamond and The Last Samurai, talked a little bit about how she thinks the current times really stimulate interested people in the area to pursue knowledge by themselves in more informal ways:

“I think now we might be having a whole new group of people that are just getting out there and doing stuff. Or just sitting in their house and sitting on Illustrator or Photoshop and creating characters and writing things and just doing it because they can figure out how to do it.Whether it’s YouTube and online seminars and all sorts of things are the new tools for them.I think there is going to be a lot more self startups. And I think it is really going to surprise young people that actually they can do a hell of a lot more just by getting on with it.”

‍In her episode, Erin Benach, the designer behind the clothing of movies like A Star is Born, Birds of Prey and The Place Beyond the Pines, gave this piece of advice to younger people coming up in the area:

“I would definitely give that advice to people, find people that you... You should in general creatively jive with, love to talk and shop with. So, it’s a very organic process, for example, hey, let’s go get a drink. Then you talk about the set movies and characters. That’s your school is happening around you. I think that's what got me through.”

In the end, you could see the costume designer occupation as a regular job, once you realize it will require your specific skills, lots of effort, good communication with fellow co-workers and of course, a little bit of being “at the right place, at the right time.”

Persistence, of course, can be a key factor in such an area, so treating the first jobs you get just as you would treat a big Hollywood production will certainly help you to climb that industry ladder.