Expositional Dialogue: Definition and How to Write it Successfully (with Movie Examples) 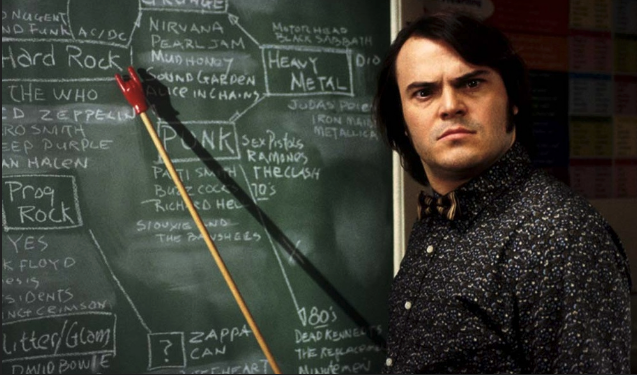 How to convey key information in your movie without sounding patronizing – or boring.

What is Expositional Dialogue, after all?

For a story and its characters to move forward, information has to be exposed in some way, verbally or not, constantly. One of the most popular ways of doing that is through expositional dialogue. A lot of you may be scared of that word or don’t even know exactly what it means. However, it’s important to know the definition of the term and be aware of when it’s the right moment to use it and, most importantly, how to do it.

Expositional dialogue is, essentially, when communication is verbally conveyed, between two or more characters, with the intention of providing important information about the story. Often this subject is picked up by moviegoers and filmmakers all around to be a topic of debate due the somewhat persistent, not-so-subtle manner some films have of putting it in practice. And to be fair, that’s valid criticism.

It’s Important, But be Careful with it

When you do exposition through dialogue in a lazy or sloppy way, it will almost definitely sound cheesy or cringy. When you’re conveying information through the verbal interaction of characters, it’s important to have in mind that it has to make sense to the reality of the film and to the nature of the characters, that this conversation is taking place. Otherwise, you will be pretty much patronizing your audience AND saying you think they’re stupid right to their face!

When you put this to use exclusively with the intention of providing key information to the audience, then you’re doing it wrong. This is not journalism, man, c’mon! There’s many things you gotta take into account when thinking about doing this. You have to put in mind that this piece of dialogue should be matching the tone of your story, doesn’t mess with the rythm you established, and obviously, doesn’t sound brazenly stupid.

Besides, clichés are clichés for a reason, and that thing they say about “Show, don’t tell.” it’s 100% accurate in this case. If you’re writing a dialogue and realize that a camera movement, an editing or soundtrack choice, or just a non verbal moment between those characters could easily deliver that same piece of information you intend to pass along, then you should probably do that instead.

How You Definitely Should NOT do it

That didn’t had to be verbalized

So, what exactly would make your expositional dialogue sound kind of slack? Well, there’s some examples of that. To start, you know that moment in a superhero movie (or any kind of movie that deals with super powered people) that one of the characters  – many times, themselves – explain to another character what their superpower is? Yeah… that’s a big no no. Just because it certainly wouldn’t hurt just to show what they’re able to do instead.

Don’t they already know this?!

You know that moment when a character says something to another character they are already acquainted with and in a quick rationalization you realize: “There's no way he/she didn’t already know this”. I’ve seen it happen, you probably saw it happen. we all did. Remember: it’s not a great feeling when the audience realizes that a conversation carries relevant information to them, but definitely not to the characters involved in it. That makes a scene that carries providencial information look lazy and too on the nose.

For example – that tends to happen a lot – the “dad parent” situation. If the movie revolves around a family that has been to a tragedy, and the kids lost the father or mother, most films don’t have a subtle way to go into it. I’ve lost count of how many times I’ve seen dialogues in such films go like:

There’s no one else to do it. Mom is dead, remember?

I mean, what?! YES. Of course he remembers. His mom died, I’m pretty sure he won’t forget that for a bit. It’s about as subtle as throwing a flaming rock in the eyes of the audience.

But…why are they saying that?

When you detach your characters from their nature just because you didn’t find any other better way to expose relevant information, then you’re also executing expositional dialogue poorly. One example we could talk about is a classic movie cliché.

You know when the super smart villain that manages to plot a mastermind plan and it’s about to fully execute it, decides to explain the whole thing to the protagonist he just captured, and doing that, actually explains to the hero of the story how to stop that same plan from happening? Pretty common thing. But why the hell that guy, that supposedly should be crazy smart, would ever do that? We tell you why: Because at that moment, exposition is more important than character. And that is not cool.

Instead of underestimating your audience, you should feed them information while giving character development in well written scenes, and rewarding their attention to your work.

We’ll give you some examples of works in Film and TV that managed to do exposition through dialogue in a great way. If you’re struggling with exposition in your work, watching instances where the resource was executed in an efficient way can help you a ton.

Aaron Sorkin’s writing masterwork definitely comes to mind when talking about doing exposition in a stylish and solid way.

Let’s take the opening scene of the film. That’s a BIG conversation scene. Lots of dialogue. Superficially, it's a discussion-that-turns-into-a-break-up scene between Mark and Erica, but analyzing it more in depth, it’s a scene where you really are told basically everything you need to know about the protagonist’s personality.

Sitting across the table from each other in a bar, they talk mainly about Mak’s wish to get into one of Harvard’s Final Clubs. Through the whole conversation, Mark seems to pay little to no mind about Erica’s opinion on what he's talking about. He demonstrates insecurity quite easily by picking on her jokes and other comments that really didn’t mean to be harmful. He gets in the defensive WAY too easily and treats her with arrogance in multiple points of the conversation. When she verbalizes her worry that he may be too obsessed about getting into one of the clubs, Mark simply corrects her on her grammar.

That’s pretty much the point you realize that Mark, as Erica herself says by the end of the scene, really is an asshole. And a terrible boyfriend. But we now know everything we should about his character before moving forward in the story. We learn his intentions, what he studies at Harvard, his insecurities and general behavior towards people.

This a film that would be almost impossible to exist without expositional dialogue. The Matrix created a universe unlike any other audience had ever seen. By doing that, you had to expose information about the universe’s rules and about how it all works. Matrix does exposition in many ways, and when it comes to doing through dialogue, it makes it seem like it’s necessary and engaging at the same time.

Right after Neo gets out of the Matrix, he basically gets into a lecture presented by Morpheus. It’s pretty much an “exposition dump” as many say. But why, even with that not-so-flattering term to define it, does the scene still work? Well, mostly because it just makes sense for it to happen at that moment.

Neo just came out of what he thought was his “real life”. He, along with the audience, is still pretty confused about what happened. Morpheus starts to explain what is the Matrix, the rise of the machines, what really happened to their world, the machine’s objective and so on. That excess of information through dialogue becomes acceptable mainly due to the fact that we are learning these facts alongside the protagonist. We are just as confused as Neo. The concept of the films involves a whole different set of rules about everything you thought you know, so… yeah, we gotta learn some stuff before moving on.

It’s important to mention that the Wachowskis don’t hold themselves only to the dialogue. While Morpheus explain, we get visuals from the old TV in the room that help to dynamize the scene and, also, he exemplifies the physics of the Matrix in scenes later on, when Neo tries to jump off a building to another and, ultimately fights Morpheus in a awesome action sequence. That helps the dialogue exposition to be attenuated and more discreet, and therefore, more digestible to the audience.

Sopranos is arguably the best TV show of all time. It gave the world the first full blown anti-hero TV protagonist, the Jersey mafia boss Tony Soprano. The show also was known for using expositional dialogue in a really smart and pleasing way: through Tony’s therapy sessions with Dr. Jennifer Melfi.

It could be extremely boring and on the nose, but there’s a small detail: Tony is a lying, murdering, unstable sociopath. That means he’s constantly lying to everyone, including his shrink. Of course, he has to tell some portion of truth, otherwise, what’s the point of going to therapy at all? But through the way (tone of voice, looks, body language)  he tells things to Melfi, we learn more about what he could really be thinking, even though no one gets that confirmation.

That’s part of what made that show so great. When Tony becomes vulnerable on those sessions and starts to open up more, we are also discovering things alongside him. But there are other particular moments in those sessions (mainly towards the final seasons) where the line gets real blurry and you basically don’t know what to trust or not. Is a very smart way of exposing information and maintaining the viewer on the edge about the veracity of them. Are we learning more about this character due to what he’s saying he feels or because he’s lying about the way he feels?

Use it Wisely, my Friend

Expositional dialogue is not a damned term. The truth is that it can be a great asset to your script. Of course, you gotta analyze for yourself what’s best for your story. Make sure that the information you want to provide makes sense to be provided that way, consider other filmmaking resources that can accompany the conversation, and take the timing of it into account as well.

Once you do those things and the dialog sounds natural to the characters that verbalize it and appealing to the audience, you can move along with your narrative without fear.

If you enjoyed this article, you'll may like our podcast episode with American Horror Story and Archer writer, Asha Michelle Wilson. In the episode she breaks down her writing process and specifically explains how she works with exposition on animated hit Archer!