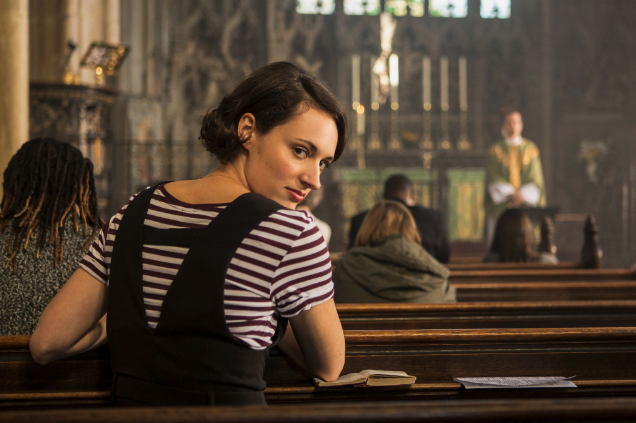 ‍"Are you talking to me?"

Robert De Niro might not have been breaking the fourth wall when his character said those words in Taxi Driver. However, we can't deny that it is exactly how we feel anytime a fictional character looks beyond the glass barrier and addresses us.

The fourth wall break has become increasingly common amongst screenwriters. In modern Tv and Film, characters are beginning to acknowledge the audience more often than before.

Fictional characters are cracking jokes and taking glances at our response. When they grieve, we are the ones they might look to for consolation. Sometimes, they break the aesthetic distance. We are addressed directly and grounded in our reality. Ironically, we are reminded by these fictional characters that our world is real and we are just watching a 'movie'.

Now, for those who choose to use it, the fourth wall break can be a very tricky device. On the surface, it is savvy and cool but if you approach it from that perspective then it will become gimmicky. Your screenplay will become inauthentic and your story will not be taken seriously.

Before we move any further on the topic, let us clear the air. What is a 4th wall break?

What is a 4th Wall Break?

The art of breaking the fourth wall has its roots in theatre. In a conventional theatre with a proscenium arch, there are four walls.

Out of the four, one is inexistent; the wall that divides the audience from the performers. The audience is aware of this invisible wall and they watch the performance through it. However, the characters are not and they go about their performance like no one can see them.

However, on some occasions, characters will become aware of the 'invisible wall', which they will 'break'  and communicate directly to the audience.

In theatre, this often occurs through narrations, asides, and monologues. In film, it occurs as a direct address to the audience watching. It does not even have to be with words.

Reasons For Breaking the 4th Wall

Wait a minute. I know how tempting it can be. You have seen the movie Wolf of Wall Street and you were convinced by the performance and its use. On a thematic level, the device resonated. It felt so seamless that you could have almost sworn that it wasn't used.

So, you want to replicate that brilliance in your script... Wait.

Before you make an error that you can completely avoid, I will advise that you take some time to consider your choices. A 4th wall break can completely reinterpret your vision of the story and it is not a device that you can just infuse without consequences. This is why you need to tread with caution.

More importantly, you need to answer these 3 questions truthfully.

1. Are you just going for imitation? Does your script really need a fourth wall break or are you in love with fight club?

2. Be honest with yourself. Are you distracting your audience from the screenplay's overall blandness? Maybe the script doesn't excite you and you have chosen this device as a last resort?

3. What will this device add and what will it take from the fundamentals of your story?

The reasons for fourth wall breaks vary. It could be used as a thematic device, to heighten comedy or to simply narrate the story.

Whichever way it is used, it has to be used properly or your audience will be thrown off.

If the device lacks a thematic purpose and you insist on using it then the drama of your overall narrative will be lacking. A fourth wall break that punctuates the flow of drama without strong reasons is detrimental to your screenplay. Worse still, you might find yourself sacrificing subtext on the altar of narration.

You might fall into the trap of telling. Your fourth wall breaks will become rife with plot details that would have been better as action lines for the actor.

One piece of advice that you will often hear from other writers is to avoid exposition. Many people in the writing circles have demonized writing. However, exposition is not all that bad. In fact, it can be very useful when used effectively. Adam McKay's The Big Short perfectly illustrates this example.

In this slick satire that tackles the blind greed of bankers during the 2008 crash, there are stylistic cut-out scenes that are devoted primarily to complex subjects within the film...

The movie is set around 2006 to 2007 and it follows a group of investors that bet against the US mortgage market. Through their research, they discover how flawed and corrupt the market is which eventually leads up to the events of the 2008 Financial Crisis.

While some critics have called out the movie, claiming it was patronizing and suggesting that it insulted the intelligence of its audience, we don't see it that way.

In fact, I think that most of the people who watched the movie were grateful for those cutscenes that featured Margot Robbie explaining Mortgage Bonds or Anthony Bourdain in his kitchen explaining what collateralized Debt Obligation is.

It was clever and timely. Adam McKay did his best to make the plot of the film as accessible as possible. When the financial crisis hit in 2008, no one had to understand what a CDO was before suffering from the consequences of its abuse.

The movie explored complex and boring subjects and when those fourth wall breaks came, they were earned and required. It felt more like a benevolent gesture than an abuse of the device. Also, you will notice that it did not slow down the pace nor did it disrupt the rhythm of the story.

Another movie about banking that utilizes this device to perfection is Martin Scorsese's  Wolf of Wall Street.

Right from the beginning, the protagonist, Jordan Belfort (played by Leonardo DiCaprio), is our guide and through the carnage of the movie.

This star-studded cinematic piece delves into the life on Wall Street and the illegal yet meteoric rise of Jordan Belfort who teams up with Donnie Azoff to cheat his way to the top even as his marriage suffers.

From brief pauses during sequences that serve to highlight important details to nerve-wracking unbroken sequences that force us to catch up with the story and its protagonist, we are glued. Throughout the film, Jordan Belfort narrates his life and his terrible deeds. This brings a dimension to his character that goes beyond good or evil. It uncovers his greed.

The theme centers around Jordan's perception of himself. It is like we are taking trips in his subconscious and privy to his intentions before they become actions. We see those cancelable parts of himself. He is raw and unfiltered. He is authentic and this is seen in his breaking of the 4th wall. .

Deadpool has one of the most fun uses of the fourth wall break. The writing ensures that the comedy fits perfectly with the character, their performance, and the off-screen banter.

Deadpool tells the story of a Cancer-riddled Mercenary who seeks a cure but finds it at the hands of a scientist named Ajax. When his cure turns out to be a torture experiment that leaves him unkillable yet disfigured, he embarks on a quest for revenge.

Deadpool is a fictional character that is aware of his fictional piece and the audience watching him. He constantly addresses the audience. His actions, dialogue, and character quirks are all deliberately on display.

This approach to the device is extreme and yet effectively well done. At the time, it was very refreshing for audience members. However, what makes it work is consistency. Fourth wall breaks are ridiculous and normally divorce the individual from the experience. However, since Deadpool's core nature is embedded in the device, it works perfectly well.

Fleabag has one of the most complex and most well-executed uses of the fourth wall break. The show explores the life and the love life of the dry-witted and self-deprecating eponymous protagonist.

At the beginning of the series, the fourth wall carefully positions itself as an escapist tool. We get in on a joke with the protagonist anytime she acknowledges us.

However, by the second season, the device takes a more dramatic role especially when she falls in love with a priest. We began to see how the tool has kept her sheltered from proper communication with the individuals in her world. The priest notices this and begins to pull her back to her own reality.

On a thematic level, several issues are covered. We see her struggle with her mental health, dysfunctional relationships, and her unattended grief. On a comedic level, we are allies with the plot, every part of it. Every joke feels more personal and takes deeper meanings as we move ahead with the hero. At the end of the series, it is hard to distinguish between the drama and the comedy.

Are fourth wall breaks necessary? The short answer is no. It might seem like a popular tool on the surface but the device is not a party trick.

Ideally, there shouldn't be any technique in your screenplay that lacks a clear purpose or meaning. You risk offending your audience by insulting their intelligence if you use it without cause.

Screenplays are like carefully tended gardens. Errors are easy to spot and anything that disrupts the flow of the story will disrupt with the investment of your audience's attention. Keep that in mind as you make use of this device.