How To Write An A24 Style Movie

Written By: Foluso A 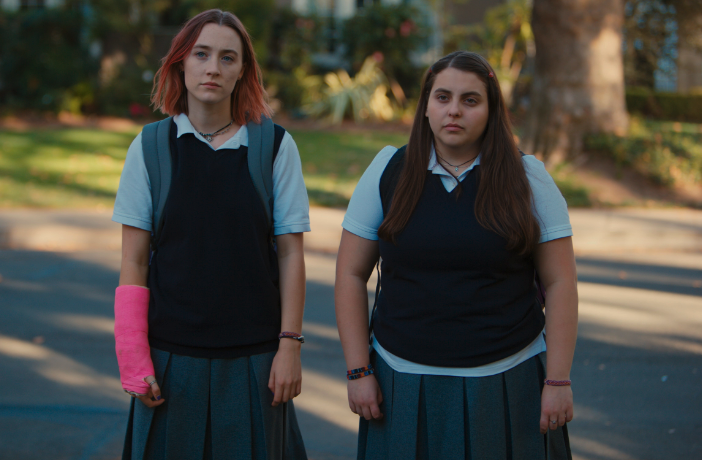 Created in August 2012, this independent entertainment company has seen meteoric progress in less than a decade of existence.

From the super small beginnings of their indie budget debut film 'Glimpse Inside the Mind of Charles Swan III' which had a budget of a little over 200,000 dollars to their breakout film, 'Spring Breakers' which heralded the companies success, A24 has planted their foot firmly in the industry.

They have entered lucrative deals with established companies like Amazon and Apple and they have won their fair share in the awards section. This is a criminal understatement.

In just 9 years of operation, A24 has 25 Academy Award nominations and they bagged the coveted Best Picture award with the brilliant Barry White helmed 'Moonlight'.

The most important detail is they achieved this with low-budget films. A24 is an independent production company. Little wonder why everyone wants to write from them. It's no surprise that you want to write for them too.

There is a lot of Competition

A24 produces and distributes between 18 to 20 films yearly. When you consider the fact that they get thousands of entries, you should be prepared for rejection. Understand that as you prepare to write an A24 style script, you are writing for yourself first.

The writers who scripted Hereditary, Lady Bird, and Uncut Gems all had a unique story to tell. You will find that they were not necessarily trying to fit into the A24 idea. If you want your story to resonate then you should tell a story that is authentic to you first. In fact, you will learn later how important that is to the A24 model.

Beyond formatting and story quality, curb your enthusiasm and understand the task in front of you. Whether you eventually pitch through an agent or you work with an in-house director who has a history with the company, the question that will be waiting for you at the end of the road is this; Is your script an A24 script?

What makes an A24 Script?

A24 is a brand in the true sense. The same way you'd be hard-pressed to see any gore or bloody violence in a Disney movie, A24 has spread their own ideology in the releases they send for distribution.

Their movies lie at the heart of their brand and, as you would expect from a production house that is hardly a decade, they have approached their selections from an almost counter-intuitive perception.

How else do you explain the plot of Lobster to a Mainstream Production House like Universal?

This has indie written all over it. It's an experimental premise that borders on the ridiculousness and a project that studio execs would insist wouldn't appeal to any audience. Yet, A24 has a dedicated fan base and we are not talking about the movies, we are talking about the Production House itself. To understand how to write an A24 script is to understand the basic elements of what composes the company's direction.

The basic elements can be broken down into four parts: economy, intuition, authenticity, and mystery.

The core identity of any indie film is its budget. For indie companies, the case is no different. A24 films are often aesthetically grand yet they achieve this through masterful practicality. Even Green Knight, which anyone could say is one of their most ambitious films in recent memory, was made for a measly 15 million dollars.

However, they have consistently produced great movies through this method and built a cultish fan base that jumps for joy whenever they see an A24 release coming. By now, you probably know that their films border on Arthouse. Movies like LightHouse, Midsommar, Hereditary, Green Knight reflect that against-the-grain takes in their respective genres. However, they achieve a double knockout by being fresh while staying within the confines of a low budget.

Your path towards writing an A24 styled script needs to be built upon this premise. It will be redundant to repeat the necessity of a practical and economical plot but for your sake, we will say it again; contain your plot.

The early writing process could be unhinged and free. However, through your editing process, pick at those big-budget explosions, cut down the unnecessary speaking parts, and reduce the locations to only what is necessary. In other words, trim the fat.

Ask anyone in the industry and they will tell you that Hollywood is run by accountants. The reality of the predicament is that producers in big-budget studios often take an algorithmic approach to which projects to choose. The filters are numbers, money, and gross.

You can't blame them. They are not creatives. Many of them have Quarter earnings that they must meet in their corporate Hollywood so all of their intuition is constrained to what makes the dough and what doesn't. The result is a formulaic catalog that the audience has seen one time too many.

With A24, the story is different. The founders of the company built the production house based on a nostalgia for the 90's movies they thoroughly enjoyed and an innovation gap they were witnessing in storytelling. A gap that was once occupied by studios like The Weinstein Company before its controversial demise.

Believe it or not, when it comes to selecting films, A24 goes for what they perceive to be 'cool'. While it might be easy to misunderstand that term, when you take a look at their filmography, you can quickly determine how cinephilic their approach to script/movie selection is. The filter A24 uses for movie selection is innovation. Innovation lies in the heart of an authentic story.

There is a balance between authenticity and relatability that every writer worth their salt strives for. When you have a unique premise, it is easy to compromise key elements of that story for more popular options. You might want to model your story on the 'blueprint' of the movies that your production house of choice produces. As far as A24 is concerned, you can come as you are.

A24 prides itself on the freedom it gives its directors and writers. It is how they are able to tell such honest stories. It is how they have been able to connect with their audience on multiple levels through the years. As successful as the company has become, they have not lost the essence of their beginnings. A24 is still A24. They have not let themselves get bullied by other massive players like WB and Disney with superhero franchises. In fact, one could argue that they have led the argument for returning Cinema back to experimentation as opposed to the almost formulaic cash grabbers that Superhero movies have become.

If you are concerned that your film is too experimental and wild to be accepted by mainstream cinema then you might just find a platform with A24. However, you should still keep in mind that your authenticity is not an automatic passcard that'll get you through the door.

Let's take the movie "The Lighthouse" as an example. There is a lot of mystery around the two primary characters; Ephraim and Thomas. It is this mystery that draws us into their shared story, no matter how bizarre it is. The entire movie is an unraveling act that consistently stuns us as it keeps us on our seats. Even if you didn't like Midsommar, you can admit that there were moments when you had no idea what would come next.

To a considerable extent, A24 has the same attributes as the movies it produces and distributes. They are famous for not engaging with the media during acquisition of scripts or during their projects. Even the marketing is shrouded in mystery until it is time for execution. This shy dance with the public is masterful. By laying intrigue on their consistently brilliant reputation, they have been able to build an allure to themselves that no other production studio can boast of. In line with the practice of other indie studios before them, A24 uses out-of-the-box techniques for its marketing. You could argue some of them are just common sense; such as Social media.

The key principle for screenwriting here is freedom. Be free with your thoughts and allow yourself to put all of your creativity to good use.

Be True To You

As much as you want to write for A24, a fit is a fit. What this means is you cannot force compatibility. If you find that your authentic voice is more mainstream than what A24 would prefer then seek out mainstream outlets. All that matters in the equation of your creativity is you. The execs at A24 will tell you the same.