Logline Examples: Pitch Your Movie in A Sentence 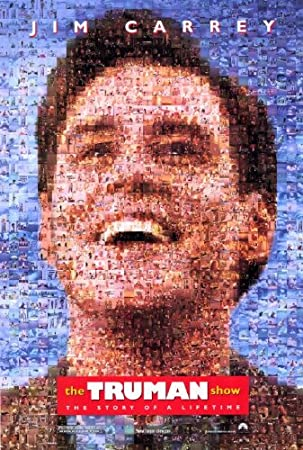 Selling your movie with a synopsis for lazy people — except it’s not just that.

You know that something that is between a synopsis and a tagline? That’s a logline. If you don’t know what a tagline is, don’t worry, we’ll explain that too in a moment. But, first, let’s see what’s behind a good movie logline, what’s the use of it and, mainly, what the hell it is. The logline of the film should summarize the key points of the story and, at the same time, entice the possible viewers to learn some more about what’s been said by, y’know, watching the movie and seeing for themselves. A solid logline should consist of one or two sentences, having a maximum of 40 words — anything more than that, then it’s basically a synopsis. The same way as the film’s script has a structure, a logline also has one. The main elements that should be exposed in a logline are:

And here’s an example of a logline that follows this structure:

An undercover cop and a mole in the police attempt to identify each other while infiltrating an Irish gang in South Boston.

Notice that the logline doesn’t follow the particular order of the elements in the structure. That’s no accident. Also as a script’s structure, this one can vary too. It’s not a bible, but obviously, it’s pretty important and it’s a solid structure for a simple reason: follow it and it’ll probably work. But structure aside, you have to remember about what your logline has to achieve. And that’s, essentially, getting the people’s attention. How do you do that? Make them curious. Give them some information but, be careful, not all of it. Just enough to make them think “How these characters are going to do that?” or simply “Holy S****!” right after reading your logline. To better illustrate these thoughts, we’re going to analyze some efficient loglines and tell you what they make right.

A former neo-nazi skinhead tries to prevent his younger brother from going down the same wrong path that he did.

Simple and straightforward stuff. Some of you could think: “Wait a minute, that’s not the only thing that movie’s about!” Yeah, we know… but that’s kind of the point. The logline should hook people without giving too much away, and instead making them think about how the story would unfold from that point on. “Wow, so he was a nazi before, right? I wonder what he did while he was one of them. God, how he’s going to prevent his brother from doing nazi stuff? And how’s the brother going to deal with the fact that the main character is not a nazi anymore? God, so many questions…” I know, right? That’s what we want: keep them making questions about the story in their heads. ‍

A mentally unstable Vietnam war veteran works as a night-time taxi driver in New York City where the perceived decadence and sleaze feeds his urge for violent action, attempting to save a preadolescent prostitute in the process.

That’s an interesting one for us to take a look at. Mostly because Taxi Driver has a clear detachment to plot structure. I mean, if a friend asks you to summarize this film ‘cause he’s interested in watching it, what would you say? It’s kind of hard, right? But, on a short note, what is a plot structure exactly? Basically, it’s when your film’s story it’s enticed by a key situation and/or event that gets the whole thing going and the characters moving. Just take a look at the The Departed’s logline that we’ve shown. To go a bit further: in Bruce Almighty, Bruce gets all of God’s powers and has to deal with the good and bad that comes of it. In Black Swan, Nina gets more and more dangerously obsessed about being the perfect ballerina for her big “Swan Lake” role. In One Flew Over the Cuckoo’s Nest, McMurphy pretends that he’s crazy so he can escape prison and ends up in a mental institution with actually crazy people. I think you’ve got it. But things aren’t usually that simple with movies with no plot-driven narrative (which is the case for most of Scorsese’s films). But this Taxi Driver’s logline is actually efficient. We get an emotional sense of the character, his setting, his internal conflicts, what he could do about it and what his main goal is. It almost seems that the film actually does have a plot. Although, it doesn’t; and that's the magic of it.

An insurance salesman discovers his whole life is actually a reality TV show.

Ok, it’s fair to say “Hey, that’s too short.” But honestly, this premise is so crazy and intriguing by itself that it doesn’t really need any more extra information. And it’s all there. I think it’s safe to say almost everything that happens in this film revolves around the fact that Truman discovers that all that he lived up until that point was staged for reality TV; and the consequences of that discovery: Truman suspecting people around him, his paranoia sense, trying to escape his captivity, wanting to go outside for the “real” stuff, etc. Short? Yes. Ineffective? Hell, no! If you show this logline to someone and they don’t demonstrate even a slight sign of interest, then there’s something wrong with them, honestly.

But the importance of a good logline goes beyond pleasing just the possible viewers. An efficient logline could also convince people to read your script. The movie is not even made yet, but that’s the thing: it could be made with the help of the logline. You ever stop to think about how many scripts go through the desks of the people that can actually turn them into movies? Yeah, a lot. Most of them surely go unread. So, certainly, they have to find ways to set apart the scripts that stand out from the ones that will end up in a trash can near a fast food chain. Nobody wants their script ending up in a dirty little place like that, right? So, be aware: people can decide they like or dislike your script before even reading it. Taking advantage of that is nothing but fair.

And, to shock you even more: a solid logline could help you out even BEFORE you’ve started writing your screenplay. Everybody knows you can’t control the way ideas come to you. But it would be safe to say, especially when it comes to filmmaking, you’re not going to get a brilliant idea for a whole script in a flash. The writing process that you have to go through to finish a script is dense, dark, painful, and almost never fun. Mostly because you could spend less time writing and more just feeling pity about yourself and trying to find the meaning of life while procrastinating. But, with a solid logline beforehand, you know what the audience knows when they read a logline that belongs to a movie that’s already playing: the main story elements, the right amount of information to get you interested and buy that ticket. But you, as a writer, gotta look at your logline and leave the moviegoing thinking aside and put your creativity into work, filling in those blanks as you see fit, and leading the story  and its characters to situations that you think could be exciting for that narrative. Perhaps thinking through this whole process that you should write a movie that you’d love to see.

What about the difference between tagline and logline?

Well, the tagline is actually that even smaller text that usually comes in the poster of the movie and works frequently as a tongue-in-cheek catchphrase. It’s almost always silly or pun intended, but it can surely be written in a serious tone and still be very good.

My personal favorite is Ridley Scott’s Alien tagline: “In space, no one can hear you scream.” Now, that is a badass tagline. Besides, it tells you information about the story in a very subtle way and, at the same time, intrigues you for what is about to come. Beautiful.

The longer you wait, the harder it gets. (The 40-Year-Old Virgin)

The true story of a real fake. (Catch Me If You Can)

Man is the warmest place to hide. (The Thing)

So, this logline thing is pretty important, huh?

Yes! When you use it right, it can make a difference. I mean, what if we all had to choose the films we’re going to watch based on the loglines provided by Netflix? That would surely be a disaster. Those things look like they've been written by a robot learning its first words. But it’s important to remember that, for example, those Netflix loglines are almost never written by the movie writers themselves… obviously. Ideally, the screenwriter is the one responsible for providing the movie’s logline (which is not the case with the taglines, for example). It's the job of the writer to stand out the elements that he sees appropriate, enticing the audience, possible readers of the screenplay, or even himself to get to know more about that particular story and characters that live it.