Screenwriting Degrees: Do You Need One in 2021?

Written By: Foluso A 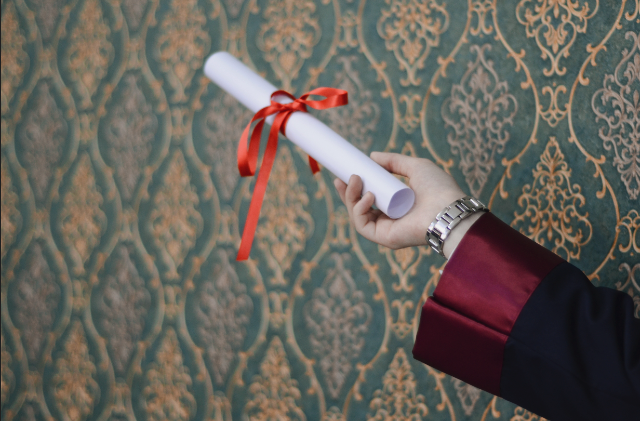 Many writers would be the first to say how they never studied screenwriting in a school. You might have seen videos online, read books that discourage formal education in the craft. There is so much hate for film school amongst writers who followed their passion that it makes you wonder;

Is a screenwriting degree now redundant?

You're on the fence at the moment. Should you pay to learn writing at film school or should you just follow your passion too?

You already know that a screenwriting degree won't guarantee success in the profession. Your MFA won't open any doors in the industry. Permit me to channel Werner Herzog here; a boxer with the right skillset can pick up any screenwriting software and write an amazing screenplay.

Now that we have that ironed out, I don't think Screenwriting degrees are as useless as people make them out to be.

They might not get you through the door but the environments where you obtain them could get you close enough.  You could meet key people within the industry and that would give a head start to your career.

However, there is no guarantee of success on either path. If the year 2021 has proven anything, it is this; With success, there are no strict rules of engagement.

Now, you are here to weigh the arguments, consider your options and choose the best path towards becoming a screenwriter.

So, let's explore why you might need a screenwriting degree and why it might be completely unnecessary for you.

The Case for Screenwriting Degrees

If you are looking for a strong foundation, an established routine and a network of Industry insiders from the very beginning then a screenwriting degree is what you want. The easy part is your passion.

Hopefully, your interest in the profession doesn't come with some misplaced optimism. Hopefully, you are aware that the difficult part is the journey towards writing a successful screenplay. You could be the most connected rookie in Hollywood. You could have every producer's email and still go nowhere if your skillset isn't polished and there is no solid script to show for it.

At the end of the day, we all want to be successful and have a measure of fame. The kind of fame that will keep us busy doing what we love. A degree might not guarantee that but it might help you develop important skills that could set you on a path towards your goal.

COLLABORATION, NETWORKING and THE BIGGER PICTURE

Hundreds of moving pieces come together to turn stories into films. Crew, Cast, and admins all work in some sort of unison to make movies. In Hollywood, many times you won't be the only writer attached to a project. It doesn't matter if it is a feature or a series, many fingers will touch the pie. Many times, you will not be happy with the improvements added.

In those moments, you will need your collaborative spirit to kick into gear. You will need that learned diplomacy to deal with the different personalities you will encounter.

While you can learn to write on your own, collaboration is a skill that you might not pick up until you are already in the industry. Film school introduces you to controlled environments that will help you develop those skills without the fear of making career-costly mistakes.

While you collaborate with writers in this environment, you will also come in contact with directors, producers, crew members that would interact with you and your work. They will influence the direction of the story you are writing. Don't be under the illusion that the only ingredient for a successful writing career is the writing itself. It might be important but it's not enough to set you on the path towards success.

Through collaboration, you might find other parts of filmmaking that will improve your writing. Since you are now privy to the entire process, something might resonate with you as you see your script go through the motions. It could be the cinematographer in action or the sound designer requesting an input or the director working with you on set or a costume the wardrobe left in your care. There are many points of interaction that can vastly expand your taste for film and writing.

Screenwriting requires empathy. Empathy requires a level of exposure. Exposure can be found in working environments. Semi-professional environments offer the opportunity to observe and absorb more nuanced perspectives of people both on set and in the real world. Writers have the tendency to be hermits, holed up within their introverted spaces, writing and inadvertently, wasting away. A degree could be an excuse to not fall into that trap. You would have to come out and be involved in a process that involves interaction and networking.

Outside your shell and comfortable in your skin, you might brush shoulders with industry professionals during classes in reputable Film schools like USC and NYU. Some even have established Hollywood writers come around to teach courses to students. This is the invaluable experience that would be inaccessible to individuals who choose to self-learn. This path could propel your career if you create a strong enough connection.

In Matt Damon's 5th year at Harvard, he found himself in a playwriting class where he was instructed to write a one-act script that would eventually become the phenomenal Good Will Hunting. During this time and after, he was exposed to a lot of resources and individuals that set him on the course of the successful career that he currently has.

If the points above were enough to make you consider getting a screenwriting degree then you should check out established courses in reputable institutions. Keep in mind that it is more profitable for you to choose an institution that is in proximity with the industry. Learning in cities like Los Angeles and New York will make it even easier for you to integrate yourself into the system.

USC has taught the likes of the legendary George Lucas and Ron Howard. Their screenwriting program is one of the top-rated programs in the world. They offer undergraduate and graduate degrees, extensive coursework made up of video production, plot structure, film economics, film history, and dramatic writing.

Loyola Marymount offers an MFA in Screenwriting and encourages students to build a portfolio in both screenplays and television.

The New York Film Academy is one of the most popular institutions on this list and they also offer an MFA in screenwriting. Their courses focus mainly on pitching which can't be overemphasized, acting, and film studies. They also offer online courses which might prove invaluable to those who are not as inclined to be in an academic environment while learning screenwriting.

The Case Against A Screenwriting Degree

The major sentiment against film school that you will hear before anything else is the cost. Tuition fees are expensive and recently, the economy hasn't been favorable. Also, the internet has democratized the learning space. Now, quality information is more accessible than ever before once you know where to look.

This disruption of the status quo has even reduced the cost of the learning process to the point where it makes very little sense to spend huge amounts of money on skill acquisition when you can get it for free. Film school is expensive and from a financial perspective, it is not a really sound investment because there are no guarantees.

Also, the creative mind hates restriction even as it craves a semblance of structure. Film schools that teach screenwriting often have strict curriculum requirements, without which you might not be allowed to complete the degree. Imagine not having the slightest interest in TV writing then realizing that it is mandatory. Writer's block and other demotivating factors already exist for the average writer. A scenario like that would either be a total nightmare or a learning experience on intrinsic motivation. Either way, it would be expensive.

Speaking of expense, there is no discrimination in film communities when it comes to degrees. No one is going to ask you whether you have an MFA in screenwriting or not. No one cares actually and you will find out very quickly how useless the screenwriting degree is compared to what you learnt. Now, when you consider that the barrier for entry in most film communities and festivals is monetary, saving all that tuition fee begins to sound like the better option.

A lot of the great filmmakers and screenwriters that we look up to did not go to film school.

Diablo Cody, academy award-winning screenwriter of JUNO, was journalling her new career as a stripper when she wrote the screenplay.

Quentin Tarantino worked at a video-rental store where he developed an encyclopedia-like knowledge of film.

Be honest with yourself. Many of us need external motivation before we can type a dot on that blank digital script while there are others who can motivate themselves to get to work. Which one are you and how much are you willing to spend? Answer these questions, find what works for you and if you feel self-learning is the path you choose then here are...

MasterClass is an online site that has proven invaluable to many over the years. While they might be quite pricey, this MasterClass session with Adam Sorkin is worth whatever price label they've attached to it.

If you do not know him, he is the Academy award-winning screenwriter whose work you might recognize in Jobs, The Social Network, The West Wing, and A Few Good Men.

The course itself is structured in such a way that you can learn at your own pace with categories that cover character arc and development to story ideation and dialogue.

There is also a classroom bit where you create ideas for an imaginary new season of The West Wing. It is 3 ½ hours long.

Udemy has been a resource for thousands of people over the years. One reason is because of the affordability of its courses.

This course in particular is a 6 and a half-hour online class created by two award-winning screenwriters Michael Hague and Chris Vogler, who have had years of experience in the industry.

The lessons cover the popular writing technique 'the 12 stages of a Hero's journey', key components of a character, amongst other topics. You might also love the fact that you will get a certificate of completion when you are done with the course.

If a full on course doesn't float your boat, we've got you covered at Red Carpet Rookies! On our podcast you can learn from the likes of Oscar nominated Inside Out writer, Meg LeFauve, and American Horror Story' s Asha Michelle Wilson.

In each episode we delve into their career path, advice for juniors and how to craft truly great screenwriting. ‍

Screenwriting is a tough profession and a life-long learning process. Every script presents a new challenge and presents itself with a newness that would make even the most seasoned writer feel like a novice. However, the most important piece of the puzzle you are trying to piece together is honesty.

Be honest with yourself, your intentions, and your current financial state. Your honesty will determine how much clarity you will have when you want to answer this important question;

Film school or no Film school, that is the question.