What is A TV Showrunner? Job Description, Salary, Responsibilities 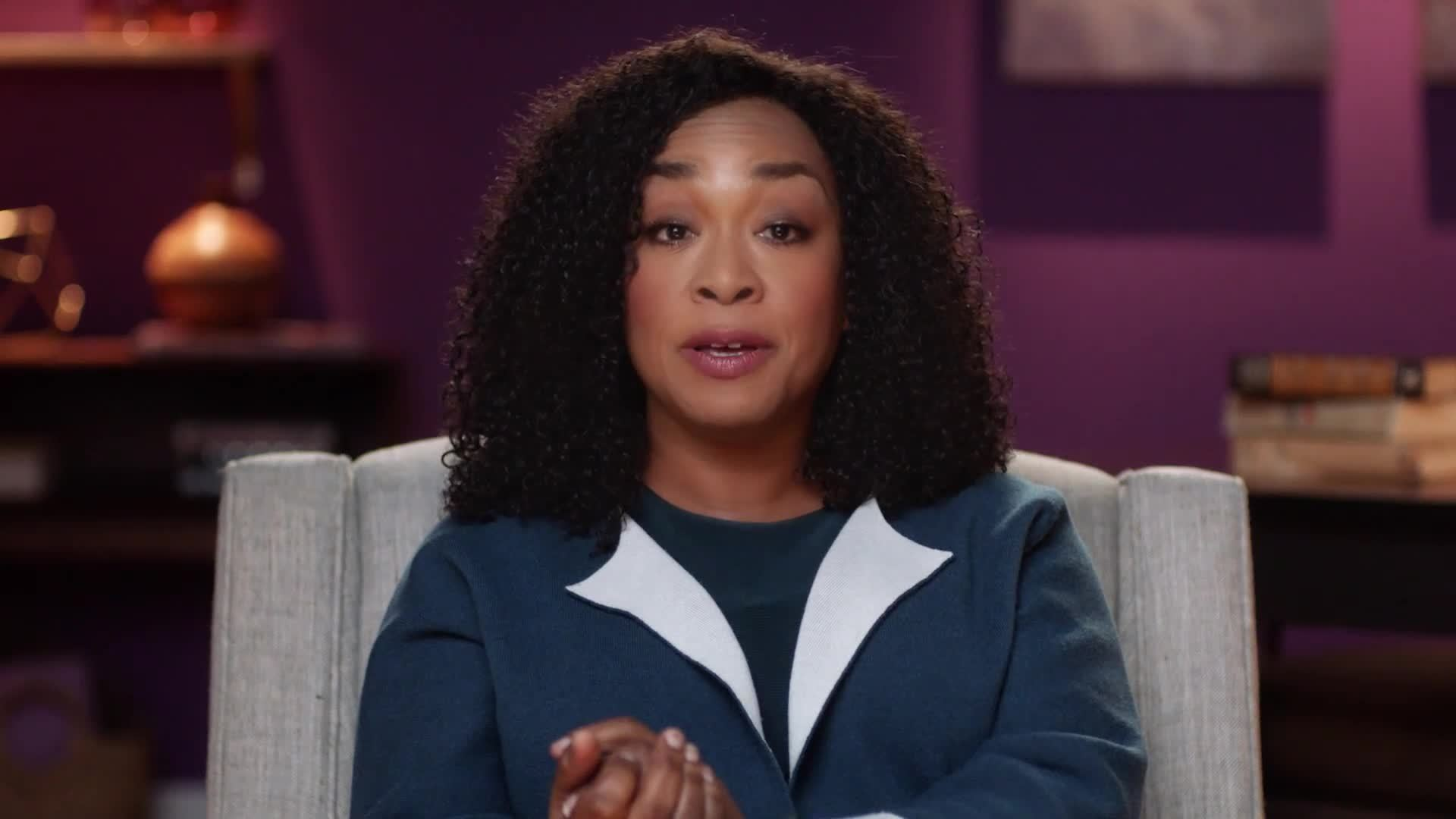 It’s very likely that you heard the term “showrunner” by now. And yeah, the title is pretty self-explanatory, however, how exactly do these professionals keep things running in a TV production? Writing, producing, managing?

The answer is a little bit of each. Sounds confusing? Don’t worry, ‘cause our mission is to explain the most common doubts regarding such an important position in the industry, clarifying exactly what they must be good at, their overall responsibilities, average salary, and more.

What Is a Showrunner?

The showrunner is a TV production’s supreme authority regarding not only creative direction, but management of technical activities as well.

They should be, preferably, people with major experience in the TV and/or movie industry, have great insight about how things happen backstage, be a natural-born communicator with great connections and, of course, have domain over storytelling, with a solid creative insight.

They must constantly certify that key people involved in the production are not only satisfied with the way work is being done, but also are competent in their occupation themselves.

Showrunners are usually not on set all the time. That’s the case because they have a big number of activities to administrate, demanding for them to be overseeing multiple sectors of the production, in different locations.

Other key positions that spend more time on set, such as line producers, staff writers, script coordinators or directors often request the presence of the showrunner (or other way of contacting them) in order for any creative change on the script or technical alteration on the set to be authorized.

Nothing better than working with some examples to clarify our explanation. We’re going to show you some famous showrunners that you might have heard of, and talk a little bit about what they did in their respective TV shows.

Shonda is probably one of the most prominent examples we could give. She’s Grey’s Anatomy official creator and wrote the Pilot of the show, as well as participated in the casting process of all main characters at the time. She stayed active in the show’s writer’s room until 2011, when she transferred the showrunner’s title to Krista Vernoff, one of the show’s writers.

She then focused on being the showrunner of the TV series Scandal (2012-2018), which she also created. She was, at one point, Hollywood’s highest paid showrunner, and currently has her own production company, Shondaland.

Vince created the whole story concept of the show and was responsible for the casting of every member of the main cast. He wrote and directed the series’ Pilot, and was then in charge (or came up himself) of all major creative decisions about the storyline and characters’ arcs, while also administering and participating in the writer’s room, talking with actors about their characters, inviting directors to shoot specific episodes, etc.

Vince is also the showrunner - along with Peter Gould - of the Breaking Bad spinoff series Better Call Saul (2015-Today).

It’s certainly recommendable that they are.

Showrunners are, most of the time, also the show’s creators. That means they probably wrote (or co-wrote) the series’ Pilot. And the Pilot should tell you basically what the show and its characters are all about; their needs, personalities, main conflicts, etc.

It’s rare that a series showrunner didn’t write its Pilot. But it’s even rarer that the showrunner isn’t even a writer. That’s because, well… Because it doesn’t make a lot of sense, does it?

How would a showrunner properly guide the storyline of a TV series if they’re not writers themselves? That doesn’t mean they have to write several episodes by themselves, obviously. However, a good perception of overall storytelling, of how characters’ arcs should work, and how certain themes should be incorporated into the story are definitely required.

And guess what? To have these, you have to be a writer in some way or the other.

Like basically any other job in the industry, the salary depends on a lot of stuff. Some of the main factors that can influence the showrunner’s salary are:

● Is the showrunner also the show’s creator?

● Does the showrunner also write episodes?

If we’re talking about showrunners working in shows that have average budgets, but belong to big networks, then we could be looking at an average salary of about U$80,000-U$150,000 per episode.

Aiming for the small size shows in small size networks, the average showrunner’s salary is U$33,000-U$50,000 per year.

Now, if we’re talking about some astronomical - yet possible - numbers, then let’s take a good look at Shonda Rhimes’ work. Sometime during her run at ABC, due to the massive success of Grey’s Anatomy and Scandal, Shonda was making about U$10 million per year.

In 2017, she signed a deal with Netflix worth about U$150 million in order for her to produce content for the streaming platform. As of 2022 - mainly due to the success of Bridgerton, produced by Shonda’s company, Shondaland - Netflix bumped the numbers and that same deal is now worth about U$400 million.

Showrunners have to oversee every key person that is part of the creative and technical team involved in the production. That demands a lot of talking, as you would imagine. Good showrunners are not afraid to impose demands and provide honest feedback. They must also have an open behavior, knowing just when to listen to good ideas, as well as not being afraid to ask for assistance from fellow co-workers when they see fit.

As we’ve said, it’s hard to see a showrunner that wasn’t a writer at some point. Being a writer, first and foremost, helps you to communicate with other writers. And to take leadership over the writer’s room, making other writers respect your opinion and work FOR you and not against you, they have to believe that you truly know what’s best for that show and its characters. A good showrunner also knows to separate good ideas from bad ideas, and the right way and timing to incorporate the good ones into their show.

Showrunners must be natural leaders. They have plenty of sectors to oversee, scripts to check and actors to administrate. Except that, in order to properly do those things, they have to make sure their opinions are respected and their presence it’s felt. They must talk well, be great delegators, and know a little bit about what each production subteam does.

● Prime communication with the studio/network. They communicate with the network in order to get approval on new seasons of the show, budgets, new hires, scripts, etc. They also work together to define air dates, shooting schedule, marketing on a superficial level, and other activities.

● Hiring key team players and overseeing them. The showrunner is responsible for hiring all main members of the production crew and cast. That includes episodes’ directors, cinematographers, costume designers, production designers, editors, etc. They also must sign on the casting of every actor that comes in the show, occasionally inviting their preferred actors to specific parts as well.

● Administer actors. A competent showrunner has constant talks with the members of the cast, trying to get insight of their opinion on their characters or maybe even get life experiences from the actors that could be incorporated into the story somehow or used to improve the impact of a scene. It’s also important to always make sure you and your actors are always on the same page regarding the story being told.

They must also check if important cast members are satisfied with their pay          rates, episodes’ directors, and other fellow cast members. This avoids any type of confusion that could possibly affect the energy on set and eventually harm the production somehow.

To Wrap It Up

In order to be a competent showrunner, formal education isn’t actually necessary. As we usually say here, getting a degree or some kind of specialization course would be nice, of course. Especially if you have the money for it, that being the case, then just go for it.

But what people are looking for in a showrunner is really a person that has a lot of baggage in the industry as a director, producer, or writer, and in case the person doesn’t have that, they surely must have great creative insight and vision in order to give enough confidence to the studio or network that they’re able to keep the show running smoothly.

You can also participate in a smaller project that gives you visibility enough to try to pitch a TV show idea to a big network. That actually happens a lot, so if you have any projects in the limbo that could be done in a tighter budget, we recommend you go for it!

In the end, the showrunner position requires a person with a lot of creative passion, who is willing to administer multiple creative and technical sectors simultaneously in order for their project to be running at maximum quality at all times.