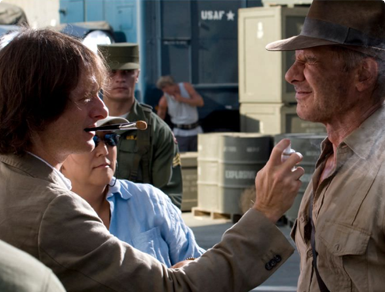 Mike: Hello and welcome to Red Carpet Rookies! My name is Mike Battle, a film production junior working for studios in London. Each episode, I bring you advice and stories from film, tv, and content professionals to help domesticize and democratize the industries for juniors and fans alike. Thanks for joining me, let’s get started. Today’s guest is Oscar winning makeup artist Bill Corso. With a passion for makeup and prosthetics from an early age, Bill has risen to become one of Hollywood’s go-to designers. With three Oscar nominations, winning for Lemony Snicket’s A Series of UnfortunateEvents, three Emmy wins, and enduring relationships as personal makeup artists to Harrison Ford, Jim Carey, and more, I can’t ask for a better person to be asking for advice on film industry makeup. He joins us now from LA, Bill welcome to the show. How are you?

Bill : Hey I’m great Mike, thanks, thanks so much for having me on. It’s awesome!

Mike: And thank you for being here. Now, I’d like to start with saying that lots of film industry people often fall into their career, but your journey into makeup was certainly no accident. Was there a moment that you knew that you were destined for what you do know?

Bill: Well, I grew up in Southern Florida, like as far removed from Hollywood as you can be, I guess in the United States. AndI don’t know, I was the son of a plumber, and a housewife, and you know, noties to movies, or art, or Hollywood. But for some reason, I was from the earliest age, before I could remember, I was artistic. My dad would bring me to work with him, and he would dig a ditch. You know, most kids would have been fun on the tractor, and operating machinery. I would like get in the dirt and find clay in the ground and start making something in his truck. Or, I would find the glues and the plumber’s putty and would start putting things together. He could see that I was creative, and what was great was that he encouraged that, he though that was really neat, and I should pursue that. And, a little bit into it then, I discovered that I was fascinated by TV, I was a TV kid in the early seventies. What I gravitated towards were things of you know fantasy, or the Sunday morning creature features that we had here inAmerica, all the old horror movies we had and everything. I really, I just started obsessing on all of that stuff, and I later found out that that’s a common theme among a lot of guys and girls who do what I do. We were all into that same stuff when we were kids, we were monster kids. I just I love that, and I really just took to it. That coupled with the artistic side of me, I would draw, and I would try to make stuff. In school, first grade you’ve got like your little clay and your school projects, and I would be sculpting some kind of a monster that I saw. So that’s how it started, I was just into it right out of the gate. ‍

Mike: What do you think that young ten year old bill who was so interested in reading monster magazines would say to you now, given where you’ve ended up making real ones?

Bill: Well, he honestly, it would be utter disbelief, because back then, it was this unattainable fantasy. It was this weird thing that only happened in this science fiction world of Hollywood and mythical place of making movies. My life couldn’t have been more removed from that, so when I saw Planet of The Apes, and if I knew one day I would one day work on a Planet of the Apes movie. I went home, after the 1976 King Kong, andI remember turning my action figures into King Kong, sculpting King Kong. Here, I would be some 40 years later, on the set of a King Kong movie. One of the greatest Christmas gifts I ever remember getting when I was 14, was the millennium falcon. I would sit therewith the millennium falcon, I would put my action figures in it and act out all of the Star Wars Battles. To one day walk on the real millennium falcon,and if I would have told that to my younger self, I wouldn’t have even been able to comprehend that. That would have been like saying, I’m going to be president, or I’m going to rule the world, it’s just fantasy.

Mike: Amazing, and you can tell from the way you talk about it, you know it was your dream. Was there a moment when you were on a set, or a memory of your, where you were like wow, I am now really living my fantasy? You mentioned the millennium falcon, are there any others that come to mind?

Bill Corso: Every time! For me, almost, I mean I’m one of the lucky ones. There are a few of us who are friends, we get to share these moments, where we go can you believe that I got to do this or, we call someone who would appreciate, and go can you believe I worked with this actor. We are still fans, it’s sad to see people that have become disenchanted with the business, because there’s a lot of that.I mean we work in a business where it can be brutal, and people can become jaded. Or they got into it a different way, you know, they weren’t a fan. They got into it because it was a job and it was a way for them to make money, or they fell into it.I know fellow makeup artists that were gonna be a sports start, until they got hurt, and then they just fell into makeup. I found out some old time famous makeup artists were like truck drivers, and they lost their job, and somebody said here try this. Our business is full of so many types of people. And what’s fun for me, is that I find that my profession, makeup and more specifically like special makeup, and makeup effects, and people that grew up loving monsters, and coming from my background were such rabid fans of movies and of that type of work and that art that most of us still have that enthusiasm for what we do. To be able to share that enthusiasm with everybody that we work with, it’s really neat. I’ve been told by actors, andI’ve been told by filmmakers, you know Steven Spielberg, that they still maintain that. It’s so refreshing for them to find another like-minded individual and the actors have said they really appreciate that you still love what you do and that you care. The longer you go in this business, the more you will find, that there’s not a lot of that. So when you see it it’s great.

Mike: That’s fantastic, so for the equivalent of yourself, out there now, I mean the podcast listeners are going to be a a little bit older than when you found love for creature effects and things, but what would you say to the young Bill Corsos out there -male or female- that want to move to creating dreams, the same way that you say that you do now and love it? What would you start again now, would you follow into education in makeup, what would your path be?

Bill: It’s interesting, when you hear about actors talking about when they were young, and the actors that didn’t fall into it and were obsessed by acting. You just act, because you have to. You know, my daughter wants to be an actor. I’ve told her, you know, this is my experience, it’s like you have no other choice, you will do this regardless, it’s your passion, you have a drive for it. I considered it my destiny to do this. There was no other option for me, like ifI didn’t do what I do, I could hypothesize what I would have done had this not worked out, but starting from a kid and until now, I had no other, I literally was a straight line. Like I’m gonna do this, and I will do whatever it takes to do this. So, I would tell my younger self just do, I meanI have no problem you know, when I was a kid I wouldn’t have to give myself advice. I didn’t need advice, I was just like I was so focused on my prize,which was doing this for a living. I just knew it! I just knew I was gonna doit no matter what it took. I tell my daughter the same thing, I said you have to, as an actor, you have to eat, sleep, breathe your passion. And if you don’t, it’s really hard to get into these businesses and there’s a lot of stuff that gets thrown against you. If you don’t , you may want to look at other things, or something that you will be that way about. I still love and enjoy what I do, and obviously I have worked very hard to get where I am. But I am blessed that I get to do something that I love and enjoy. Not many people can say that. But I am only here because of that passion and drive. I look at kids, and my advice to everyone is- if it’s whatever you want to do, whatever profession you find a love and an interest in, pursue that because you want to be able to do something in your life that you enjoy. It just so happened that I enjoyed this and I would have done this regardless, you know. I don’t know what else in the hell I would have done, but if I was the manager at a movie theatre, I would still be doing this at night. I would still be doing makeup on myself. Today’s a very different day and age. The business has changed, the society has changed. The stuff that’s available for this generation, the technology, is so much more than what we ever had. It’s a whole new world. So, if I was me now, I may be doing youtube videos, and I might not be going in the direction I went. I was at a perfect time for my career.