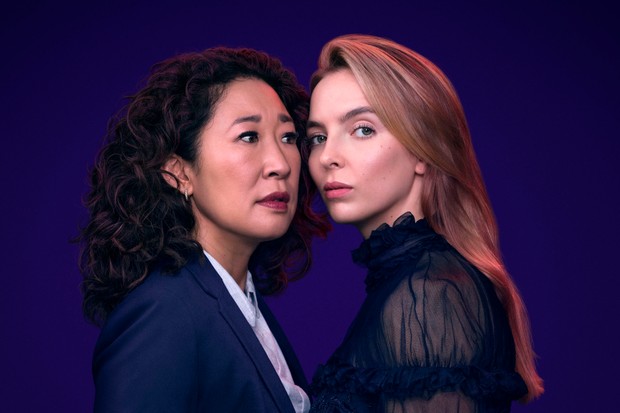 Graham Robinson: Put it this way I went from being like a student to two weeks later being on a plane to new York to play in a rock and roll band basically.

Mike Battle: Hello and welcome to Red Carpet Rookies! My name is Mike Battle, a film production junior working for studios in London. Each episode, I bring you advice and stories from film, tv, and content professionals to help demystify and democratize the industries for juniors and fans alike. Thanks for joining me, let’s get started. Today’s guest is standby props maestroGraham Robinson. With beginnings in network TV on shows such as This is England90, and humans. Graham is now graduated to become a regular on large scale productions such as Killing Eve, Fast and Furious nine and warner brothersPennyworth on which he is currently working. Thanks for being on the show Graham, how are we?

Graham Robinson: Very good, how are you?

Mike Battle: Now to get us started, some of the listeners may not know what a stand by prop man does. So in your words how would you describe it?

Graham Robinson: It’s standing by on set to maintain all prop needs and looking after all the sets.

Mike Battle: Very nice, now I thought we would start by going back to the beginning. Where did you grow up, and how did your parent jobs have an effect on what you wanted to do as a career?

Graham Robinson: Yeah, well my dad was an architect so I was always a little bit inspired by that I guess. We grew up having architecture shoved down our throats, I guess. As kids, me and my sisters. So, I like to think that working in the arts departments and props department is somewhat inspired by that. I don’t know if it is or not.

Mike Battle: When you were growing up as a kid up inManchester was it, near black pool. Of course, I always forget that. Did you have an idea of what you wanted to do you mentioned creativity. Because I will mention in a minute, your trajectory to getting into it was quite different to film than many.

Graham Robinson: Well yeah, I was always into music and I always preferred the arts probably because hardcore academic kind of bored me.Bored me, or I was not good at it. One of the two.

Mike Battle: Then, you touched on it there. Your first love was the music business, so would you mind telling us a little bit about how you went from a kid in a band getting signed to the stuff that came with that.

Graham Robinson: Well, it all began as a classical musician for me. My parents were very much played piano, and was like I wanna play the drums, you know. Like, you’re going to have to play percussion first. And I was like okay. Buy yeah from the age of like thirteen I was in orchestra and then I got into band, but then I don’ t know, it was never like a go and be a musician it was like always being a musician on the side and go and study something I think. I went to university to study and about architecture, and but then I was missing music. I went to Plymouth to university and I thought I would find lots of wonderful musicians to have a band on the side at uni. That wasn’t the case so I moved up north toManchester, where I learned that my friends I grew up  with were. The band scene kicked off for me. Than eventually, I managed to get a job up in Liverpool with a band that was already signed. Then I moved up to Liverpool quit university and joined the circus for2.5 years.

‍Mike Battle: How was the circus?

Graham Robinson: The circus was well put it this way I went from being a student to two weeks later being on a plane to new York to play in a rock and roll band basically. So that was quite a moment I guess.

Mike Battle: Is it what you imagined being in a Rock and Roll band traveling around the world? It sounds like there it is a little bit, but I imagine there is also other stuff that comes with it.

Graham Robinson: It’s definitely as you imagine in the sense you play a gig, you get an amazing feeling, you go out afterwards to random bard, like unaware of where you are because you just like following the crowd. I remember actually being wherever in the world and then the tour manager we had gave us a little piece of paper and you’d just shove it in your pocket. And then, you’d go out partying all night and then you’d get to the end of the night and be like where the fuck am I staying. And then you’d get your little paper our, and be like uhhh, and it’d have your hotel details on it for you, taxi number, and then you just ring your taxi number, turn up at hotel, and you go walk in, go up to your room. They even go as far as putting your suitcase in your room for you.

Mike Battle: Do you have any notably memorable rock band, rock star nights out with you piece of paper in your pocket?

Graham Robinson: Well, since my girlfriends in the room,I’m not sure I have, no.

Mike Battle: Fair enough, when did you know that it was time to leave music, cause obviously you’re not working it now. What happened in the transition between flying on planes to new York and now being a standby prop man?

Graham Robinson: Well, that particular band I talk of for me, I was just their touring musician, I did a bit of recording with them. And it only lasted maybe 2 and a half years. With that particular band. But then after that I was in Liverpool I was fully committed, 24/7 to being a musician.Living the doll as I used to call it. Just like getting enough money to pay for your hotel, and to eat a little bit of food. I was fortunate that I had free accommodation and then year you just go to your rehearsal room from 11-4 everyday and you just go to gigs every night. And then I started in so many bands and we would get little management deals, or single deals. You’d get dangled carrots and you’d go on tours, or do the high profile support. It would be soup and down and that going on for maybe six years. It was great, it was maybe the romantic time in my life. But then eventually you get bored of skint.

Mike Battle: Do you think that form of lifestyle prepared you for film and TV which isn’t quite as extreme, but to some extent is that vagabond life a little bit?

Graham Robinson: It’s a little bit circus isn’t it. Like madness here, there, and everywhere. Well it did totally, because you did little bits of odd jobs. Like I worked in bars, I worked in kitchens, I did garden for a Vicar. I worked in a kid’s nursery. Like load of little random jobs. Which is essential to being a good standby prop man because obviously film making and storytelling is every single walk of like.  The more you know about walks oflife, the better you can be at propping the scenario.

Mike Battle: Is there anything that you learned from any of those weird little jobs that you use these days?

Graham Robinson : I guess film service jobs is the one that props the most, unlike a good period drama you know how to lay out a good table like where the knives, and forks go. You know where the red wine glass, the red wine glass goes. You know to serve from the left and pickup from the right. You can tell all the Ads how to do that. You can be a useful man onset when it comes to certain scenes like that.

Mike Battle: That’s very interesting. You mentioned moving from music into film. When you were going through that transition period, did you almost feel a little bit lost that you had this love on the dull and it was going to be a little bit different. Did you know that it was definitely going to be film and TV, or were you just sitting in your flat going what the hell amI going to do now?

Graham Robinson: Uh, yeah I was bit what am I doing now.  A mate of mine was working on Hollyoaks which was a film around the corner from where I lived in Liverpool.It was like I will try and get you in there if you want mate. It was one of those. So he did guided me through it and I ended up yeah art department, running. I was like I was just doing this at night while I’m working the music out. And never took it fully seriously for three years of just odd jobs. I’d come down to London to do the odd week here and there. But I was still wanting to do something with music, but then as you start to realize the opportunity that film presents itself. And the excitement I got from doing it, like you started to get a buzz. I guess that’s what drives me to do it a little bit. As soon as I started to get a buzz I was like you know, I have got to do this.

‍Mike Battle: Was it hard to go from quite high profile gigs from here to there, I now you plated stadiums and such.

Graham Robinson: To sweeping the floor at actor’s feet. Yeah, it was.

Mike Battle: You went from supporting, to uh mopping up how was that.